The Monotheistic Cell Or Reports from Fiction

Around 2007 I had the idea of making a feature film about a German woman who is kidnapped in Iraq. It was supposed to be a chamber piece, shot on two intradiegetic cameras: the video camera of the abductors, with which they alternately monitor their hostages and make propaganda videos, and the video camera with which the Federal Intelligence Service agent documents his interrogation of the hostages after their release. The title was going to be The Monotheistic Cell, aligning a theological and a secret service space.
At about the same time my college friend Ravin was planning to make a feature film in northern Iraq. I used the opportunity and traveled there with him to help with the film’s preparations. The Ministry of Culture of the KRG (Kurdish Regional Government of the autonomous region of Kurdistan in Iraq) had agreed to fund Ravin’s project, but only on condition that money also came from Europe. I was supposed to play the German producer (or at least his representative) who was interested in putting money into the project and for this reason wanted to look into local locations, logistics, and so forth.
The Kurdish region in Iraq is mainly divided between two parties: the PDK in the north and west, and the PUK in the east (with the city of Süleymania). The PUK split off from the KDP in the 1970s, taking the intellectuals with them. On a European political scale the PUK would be more social-democratic and statist, the PDK more conservative and neo-liberal. On the current political scale of the region the PUK belongs more to the Shiite block, the PDK more to the Sunni. This doesn’t always have to do with religious denomination: on this scale Russia is also reckoned to the Shiite block.
Halabja has just under 60,000 inhabitants, and lies south of Süleymaniya on the Iranian border. Towards the end of the Iran–Iraq War, PUK units from Iran took Halabja in March 1988 and promised to protect the population, who wanted to flee from the advancing Iraqi troops. On the following day the Iraqi air force bombarded Halabja with poison gas. Some 6,000 people died. Ravin’s film was going to be about the after-effects of this massacre, telling a love story between a woman from Halabja and a returned expatriate. 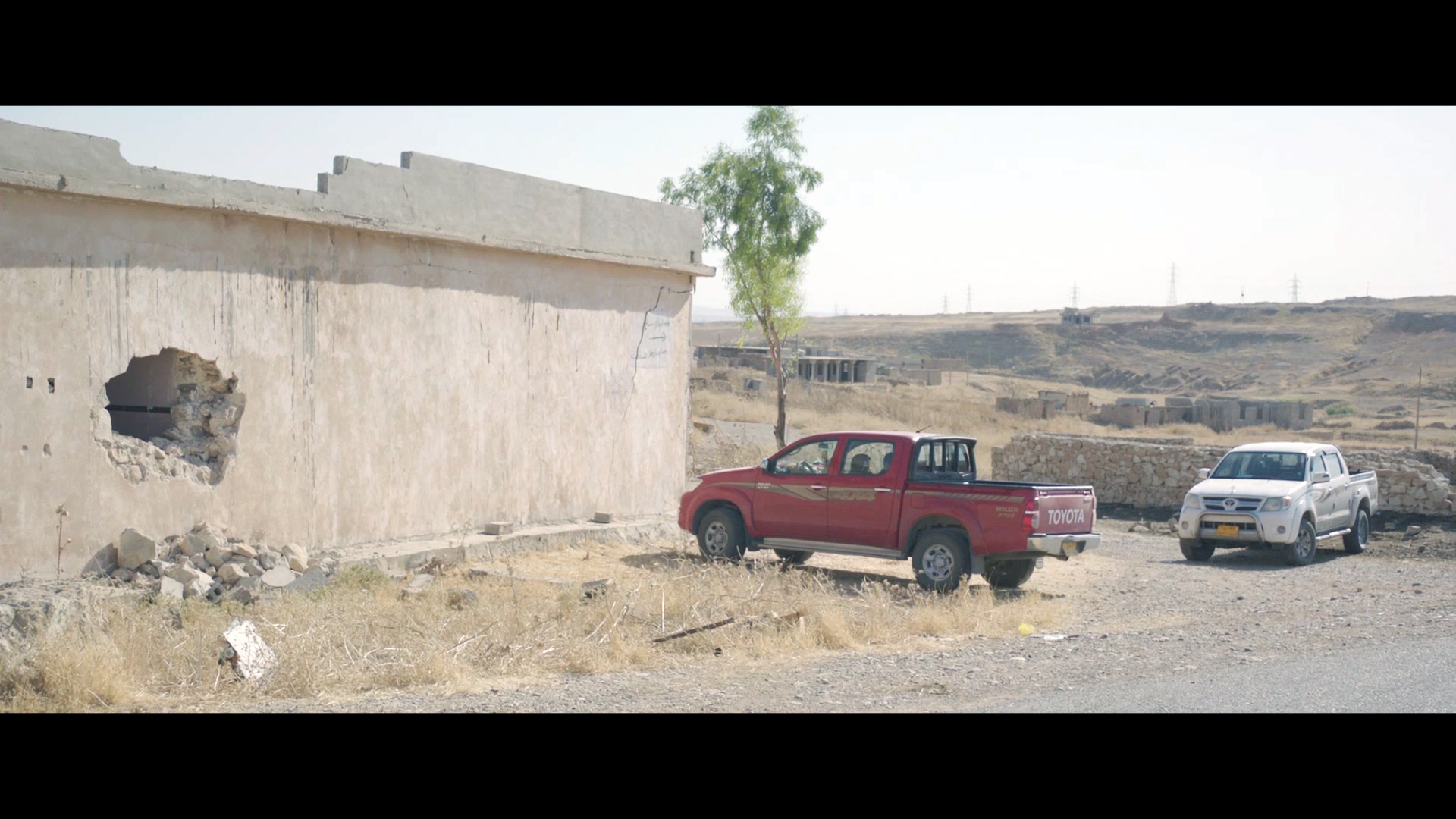 We paid our courtesy visit to the head of...