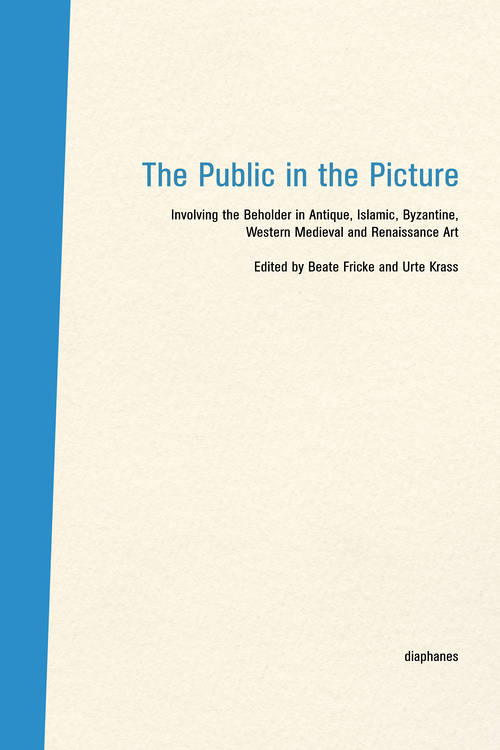 This essay traces the importance of monumental art in Erwin Panofsky’s evolution of perspectival space by critically analyzing his concept of a Raumkasten (»space-box«). In Panofsky’s 1920s work, the teleological development between bodies and space from the 11th to the 14th centuries plays a crucial role in the history of the painter’s perspective. Panofsky constructs an evolution of pictorial space from flat, surficial bodies to bodies independent of surface, finding a transitional moment in the Gothic period with the emergence of Raumkästen. What is missing from Panofsky’s account, however, is the role that spectators play in this history. By emphasizing the tension between the places for which these perspectival spaces were constructed, I make the case that we cannot understand a theoretical account of public images without taking into account the public for which they were produced.

The invention of depicting figures participating in an event — nameless bystanders, beholders, and onlookers — marks an important change in the ways artists addressed the beholder of the artworks themselves. This shift speaks to a significant transformation of the relationship between images and their audience. The public in the picture acts as mediator between times, persons, and contents. The contributions of this volume describe this moment from a diachronic and transcultural perspective, while each of them focuses on a specific group of works revealing a new moment in this history. They explore the cultural contexts of the political and religious public, and relate the rise of the public in the picture to the rise of perspectival representation (Panofsky’s space-box and Kemp’s Chronotopos).