…Whole blocks of avenues in all

HUMAN RIGHTS and MY BODY MY CHOICE and BLACK LIVES

MATTER and WATER IS LIFE and TRANS LIVES MATTER and

long time before these days We talk about Athena Farrokhzad

and palimpsest and what can you even believe We talk about

fingertips We talk abt the Origin of “Obligation” Latin obligatus

meaning “bound” and the stem obligate which in biology means

an organism restricted to a particular condition of life Which

originates in the Latin ob + ligatus, past participle ligare which

The agent a ligature which in typography means when 2 letters

Latin e + t which in Latin means “and” like in et al or et cetera,

Etcetera Which, ligatures and abbreviations, have been around

whole blocks of avenues in all directions | The verse snaps tight around the dynamic contrast of geometric uniformity and omni-directional spread, with north-south avenue grids stretched across the crest of human sound. From solid blocks to liquid (“we got a drink”) to gas “(As if the fog lifted”): the metamorphosis of phase-states. But when I read BLOCKS, I hear Lil Wayne: “tha block is hot, tha block is hot… Dodging cops and burning blocks.” And I remember the boys on my block who’d step to me in my fresh-faced diasporic Dominican glory just to tell me that I was a punk-ass bitch. “Punk-ass bitch”: bitch I understood, ditto ass; but punk? The dictionaries did not offer much help (already in the early years of diasporic life, my trust in the ponderous word-bludgeons was wavering). Thus spoke the Pequeño Larousse Illustrado: PUNK “se dice de un movimiento musical y cultural aparecido en Gran Bretaña hacia 1975 cuyos seguidores pregonan una actitud de provocación y de burla” etc. But what did the PUNK shoved in my face by the block-heads have to do with a musical or cultural movement or some vaina like that? All I knew was that punk rhymed with junk. And funk.

w/peeps shouting muslim rights are human rights and my body my choice and black lives matter and water is life and trans lives matter and pussy grabs back | Because the Movements for Our Lives depends urgently on the shared recognition that structural oppression has manifold vectors, agents, targets—but one terrifyingly murderous script, executed time and again with the most painstaking precision.

There are dark days, bleak days, when I struggle to live up to the demands of raising my voice in unison with others. Encased in the relative privilege afforded to me by Latinx heteropatriarchy—as a cisgender man for whom the mothers and aunts and cousins sacrificed so much, and not always because they wanted to—I am sometimes lulled into thinking that I do not need to shout; that the world does not need my shouts. And there are still other days when, in that intensified self-awareness that comes with walking around in a Black body, or in terror at the Gomorrah clouds rising above the Amazon, I make do with a soothing drink or five, or any intoxicating respite from the episodes of police brutality in endless technological reproduction and the rantings of Lear in the White House.

On my better days, I strive to be a co-worker in the kingdom of peeps. The major question of ethics concerns how best to focus that co-work: how to live a critique of power that makes space for others; that acknowledges the Black and Indigenous queer and trans activists who risk it all so that we all may benefit; that never falls into the pity-party of wounded ego or the narcissism of idle contemplation. The major question of praxis concerns how best to resist the enticements “of retreating to questions of knowledge and epistemology, or crises diagnoses, rather than confronting as directly as possible the action imperative” (Bernard Harcourt, Critique and Praxis, 2020: 15).

How and when would it be suitable to don the mask of philology in service to the kingdom? I reject, unequivocally and without any hesitation, the summons “to create complete hostility between our modern ‘culture’ and the ancient world.” But with all due respect to the illustrious forebear from Great Barrington, the labor of emancipation can’t be another recapitulation of Cicero’s Pro Archia. “The shades in Homer’s Hades—what sort of existence are they really modelled on? I believe it is a portrait of the classicist. Surely it is better to be the ‘lowest serf on earth’ than such a bloodless memory of the past—of great things and small. (Sacrifice of many sheep.)”

but it’s only growing colder | Because of the heat death of the universe; but right now it’s actually growing hotter, on this incinerator of a planet. Living in the hot-and-cold Cthulhucene, desperately making kin to ward off the devastation; but what if, instead of making new kin, you want to protect the kin you have from the incomplete census that will count and discount them? From the (un)certainties of calamity? “So deeply and frequently oppressive is the uncertainty in scholarly intuition that it sometimes becomes a morbid passion to believe at any price and a hunger for certainty…”

and the path back from complacency is lion mane | The testimony of the manuscripts waffles over the last two words. Lectio difficilior demands that we read GUCCI MANE. “But public opinion is now aware that textual criticism, however repulsive, is nevertheless indispensable…” (A.E. Housman): Indispensable to whom?

we talk about athena farrokhzad and palimpsest | I talk about Farrokzhad’s memorial to her immigrant mother: “On the other side of punctuation her syllables became whiter / than a winter in Norrland.” I talk about the last line of the same poem, and how it slaps: “To think that she put her barbarism in my mouth.” And what about the first line of another Untitled: “My mother said: It seems it has never occurred to you / that it is from your name civilization descends”!!!! I feel smacked from reading that.

don’t let me be lonely | Claudia Rankine, killing it as usual (2004: 23): “I forget things too. It makes me sad. Or it makes me the saddest. The sadness is not really about George W. [edit: the newest and most shameless murderer in the White House] or our American optimism; the sadness lives in the recognition that a life can not matter.” My sadness, my loneliness, is that “I, too, live in the time of slavery, by which I mean I am living in the future created by it” (Saidiya Hartman, Lose Your Mother, 2007: 133). This is the starting point that matters. This is the orientation that matters. (Cf. Sara Ahmed, “Orientations Matter,” 2010).

originates in the latin ob + ligatus, past participle ligare | The poet plays a teasing game with etymologies, slickly foregrounding their explanatory shortcomings. Compare, earlier in the poem, the arpeggio of cosplay and stripper pole (pp. 48-49):

can I say this, my rancor isn’t anti-intellectual I just hate it when

you never use contractions Do you wanna do something fun?

The Shaman The Noble Savage The Indian Problem The Squaw

The Indian Princess The Spirit Animal The Drunk Indian The

Teary-Eyed Environmentalist Considering something as a gen-

specific objects, or actual instances From the Latin word for

actually going to write this: Hi I like myself It’s taken me seven

generations to dig my Junk situation…

ligate in english to tie up as if in surgery | Or to tie up with a pañuelo, like the woman on that 5th century Greek scarab that bleeds the ancient Mediterranean into the Black Atlantic; that shocked me into recognizing, in the iconography of tied-up hair, the imago of an ancestress. The ligature is a transtemporal technology too. So too is the birthday: “The eighth of April, 1777, when F. A. Wolf invented for himself the name of stud. philol., is the birthday of philology.” Here are some alternative suggestions: 1492, or 1526, or 1619.

latin e + t which in latin means “and” like in et al or et cetera | The menace of the copulative ligature: forcing together what stands apart.

were 4 accounting as in how much grain in yr silo or yr pyramid if yr a historical revisionist | People are really hating on James C. Scott nowadays; yes, many imprecisions (and worse) in Against The Grain. But behold the surgical fusion of the ligature to the accumulation of capital, the hoarding of junk! Think with Anne Carson in Autobiography of Red: A Novel in Red (1998: 55):

next to the Catholic church.

Then passing down Main Street they saw fat white letters (recent) on the side of the post office. capitalism sucks.

Capitalism sucks. Tag everything. Tag all the avenues, tag all the blocks, tag them with the truth: “the professional self-interest of the philologists” left little space for your kin and your punk; so you will quietly raid their silos and pyramids, empty them out, and repopulate them with your junk.

revisionist | I accept the omen and the interpellation. This poem is a Nicene Creed for punks with junk. But I also insist on a junk philology that honors my ancestors and all the cachi bachi they carried with them. Not an arid philology that beats a path back to some deracial or ante-racial or post-racial fantasy, not a philology that, itching for some Brownian motion, slides into the DMs of Losing My Cool; but a punk philology lashed to our body-monuments, and veined with the forced intimacies of five continents.

For now I will attend patiently to my junk: the curated stratigraphy of childhood t-shirts, the burgeoning mass of obsolescent electronics, the diasporic archives of coconut and plantain. It’s all coming on the boat. Jammed up between colonialism and capitalism, I decline the invitation to “escape from reality to the classics”: “hasn’t the understanding of antiquity already been falsified in this way?”

All unattributed quotations in this piece are taken from William Arrowsmith’s translation of Friedrich Nietzsche’s “Notes for ‘We Philologists’ ” for the 1974 special issue of Arion: Journal of Humanities and the Classics. 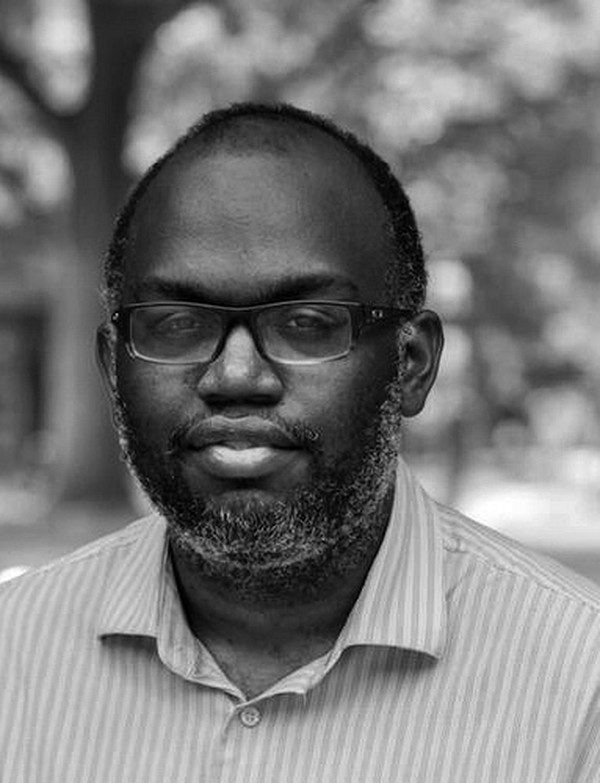 is an associate professor of classical literature at Princeton University. He is notably the author of Divine Institutions: Religions and Community in the Middle Roman Republic (2020) and Undocumented: A Dominican Boy’s Journey from a Homeless Shelter to the Ivy League (2015).