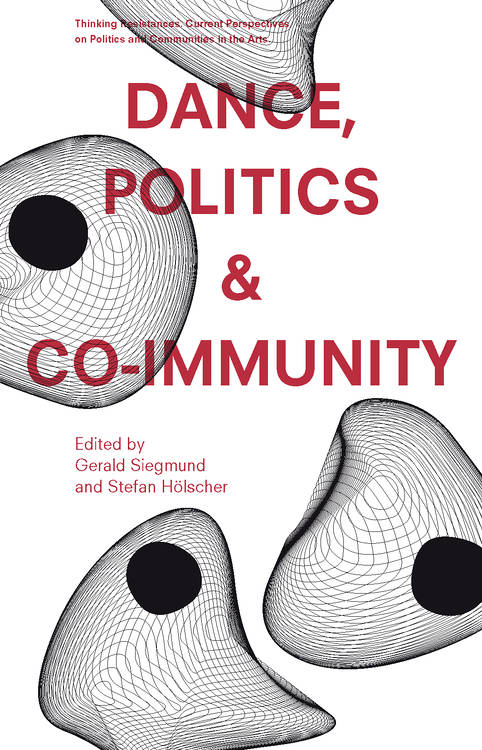 The mythic dimension of corporeality

In 1938, the choreographer Martha Graham became politicized by hearing Adolf Hitler’s radio broadcasts. At this time she refused an invitation to the 1936 Olympic Games, and received a Nazi shortwave radio message addressing her as the personification of the United States. Graham’s dilemma was how to present a pro-democratic message in modern dance while also maintaining an anti-fascist position that was critical of America, of its own forms of racism, and of the growing internal fascist tendency. This paper analyzes the complex political positioning of Graham’s “American Document” through the libretto, with its spoken texts, and through the influential photographs Barbara Morgan took of this work. The analysis relates the anti-fascist position that the democratic project is incomplete with the aesthetics of the work as exemplified in its representations by Morgan’s ‘action photography’.

Despite Martha Graham’s distaste for sectarian politics of the early thirties, her refusal of the Nazi Culture Ministry’s invitation to dance at the 1936 Berlin Olympic games was politically motivated.1 Graham’s anti-fascism dates from her response to Rudolf von Laban:

I would find it impossible to dance in Germany at the present time. So many artists whom I respect and admire have been persecuted, have been deprived of their right to work, and for such unsatisfactory and ridiculous reasons, that I should consider it impossible to identify myself, by accepting this invitation, with the regime that has made such things possible.2

From this time until the outbreak of World War II Graham was active in the popular front. A report on a talk she delivered in 1937 – Nazi Destruction of the Arts – shows that Graham learned of Laban’s fall from favor with the Culture Ministry after the Olympic Games.3 Graham asserted in 1939 that dance itself in Germany had been “proscribed; bound down.”4 But she conceded: “What conditions exist today, at this time, I do not know, because very little comes out.”

The antifascist position in American art dates officially from the 1936 American Artists’ Congress. Graham collaborators Barbara Morgan and Isamu Noguchi were signers of the original call for the Congress; Morgan’s name also appears in 1939 on the Executive Board list of the New York Branch.5 Graham addressed the second national convention of the Congress in 1937.6 At the Public Session at Carnegie Hall Erika Mann read a message from Thomas Mann, and Pablo Picasso spoke to the assembly by telephone. Graham also addressed the symposium Nazi War Over Europe held by the American Committee for Anti-Nazi Literature on February 14, 1937.

The political agenda of the American Artists’ Congress consisted not only of its opposition to fascism abroad; it also opposed curtailment of civil liberties at home, and was anti-war. The 1941 call, In Defense of Culture, states:

Today the Fascist threat has come full circle. In a traditionally free and liberty loving America, Fascism comes in the name of anti-Fascism. All the enemies of progress suddenly become defenders of democracy. Our liberties are destroyed to defend liberty and the policies to which our people are committed by their government, in the...

is Professor of Dance and Director of the Center for Visual and Performance Studies at the University of California at Santa Cruz and the editor of Dance Research Journal. He is a UC President’s Research Faculty Fellow in the Humanities for 2010-2011. In 2008 he was Valeska Gert Visiting Professor for Dance And Performance at the Institut für Theaterwissenschaft, Freie Universität Berlin.